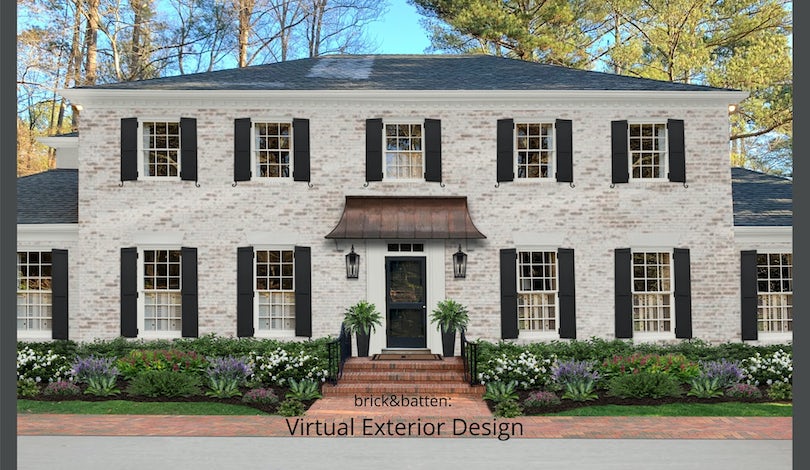 There’s something timelessly classic about a colonial home. As you can probably guess by the name, colonial architecture rose in popularity thanks to some of America’s first settlers. The fusion of European styles in The States led to colonial homes that vary in architecture. That’s why today, we have Spanish, French, Dutch, and British colonials scattered all throughout. But exactly what is a colonial house? We’ll go over some signatures of this style.

If you have a colonial home that needs an update, partner with brick&batten for a virtual exterior design. Our team will customize a design with aspects like new paint, shutters, front door options, and architectural elements. You’ll also receive a rendering and clickable resource list to utilize for DIY or contracting purposes. Get started online now! 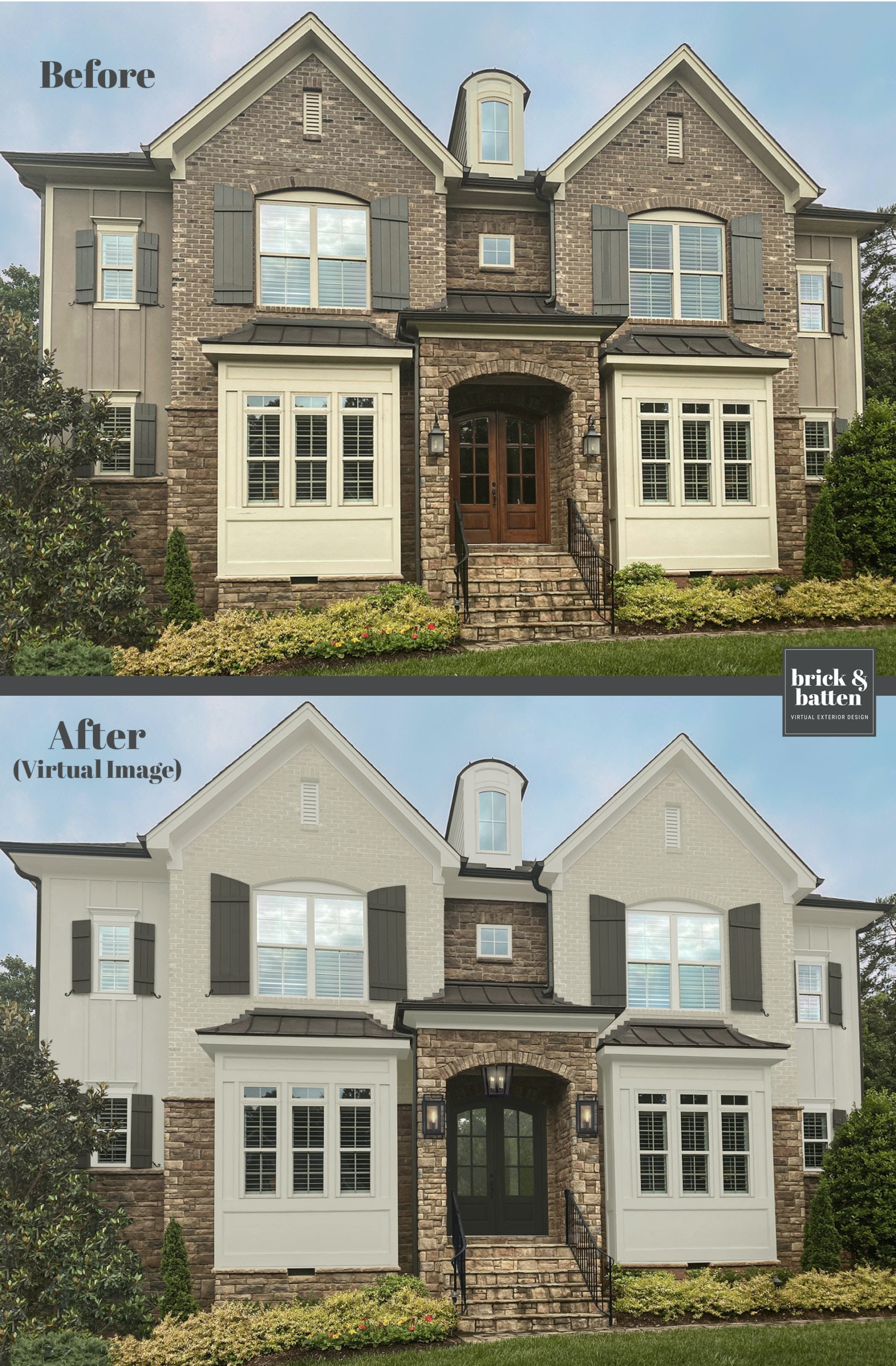 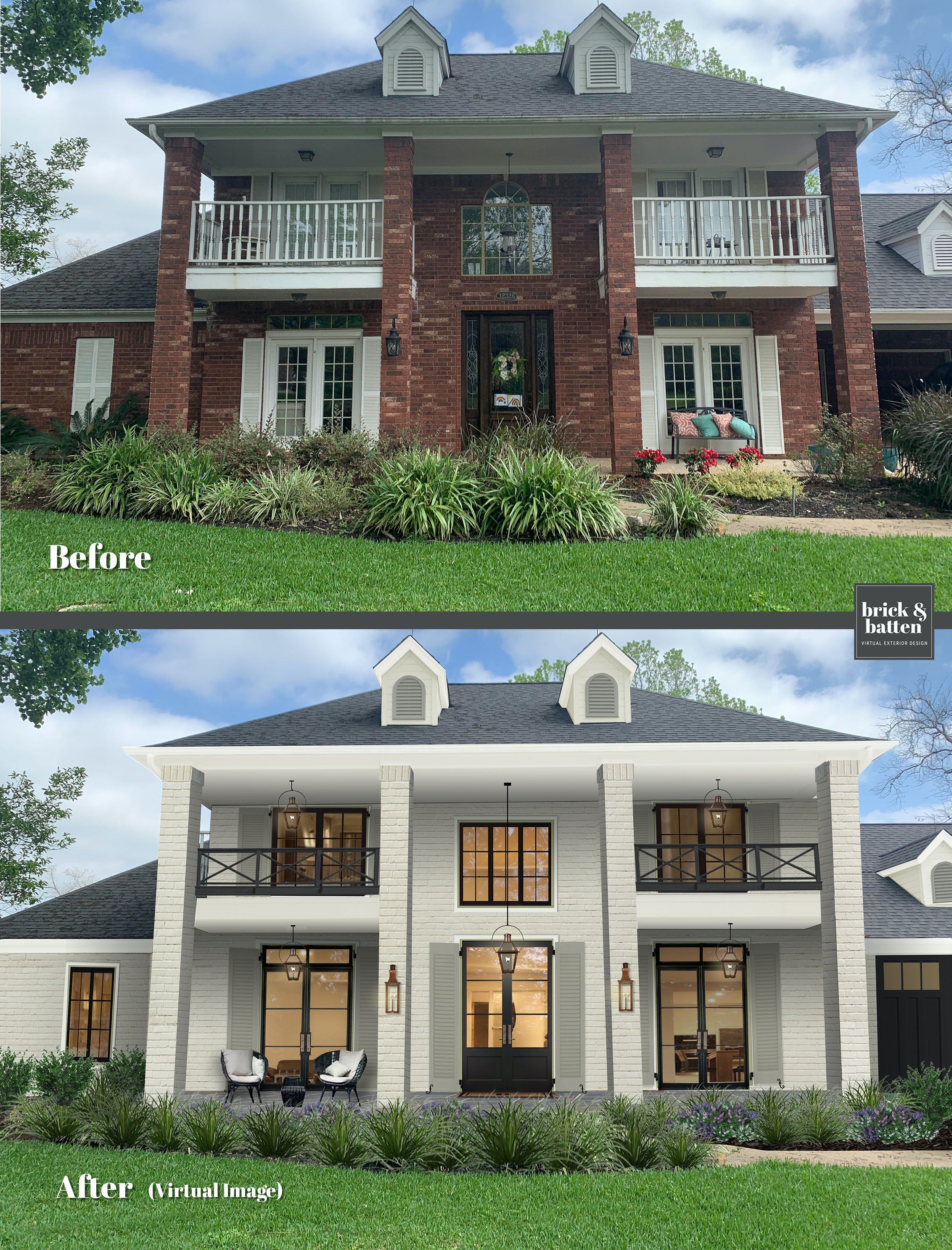 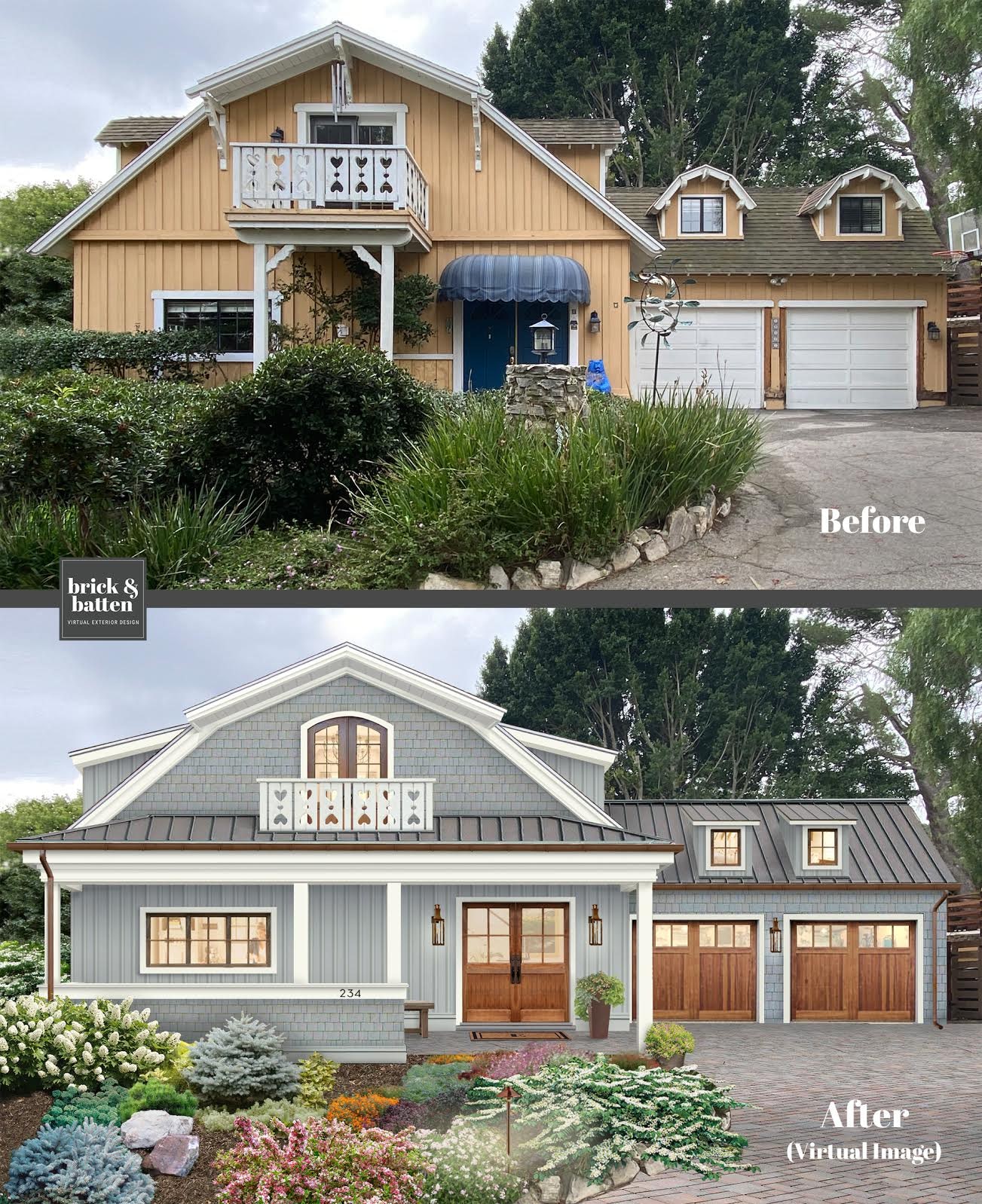 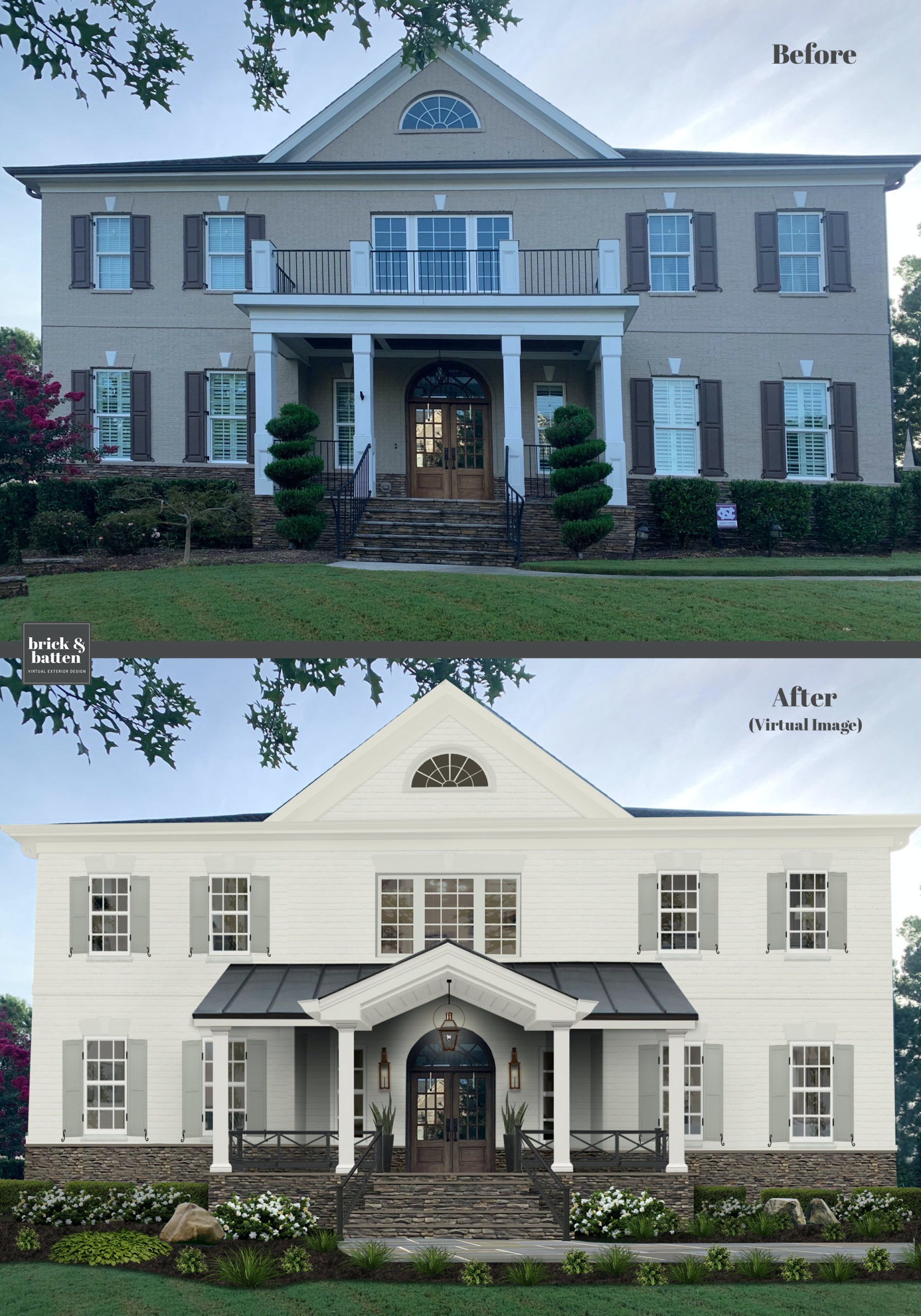 These Homes Usually Feature a Window Above the Door

Going back to symmetry, many colonial homes sport a set of windows a few feet above the front door. This varies from a transom window, which usually only rests a few inches above a door’s frame. Additionally, colonial homes also usually feature equal amounts of windows on either side of the house.

You Can Spot a French Colonial by Its Roof and Windows

Take a stroll through neighborhoods in New Orleans, and you’ll see many French colonial houses. These homes usually have a steeply pitched roof and wide overhangs, and all four sides of the roof slope down from the center pitch. French colonial homes often feature tall windows, some of which might be tall and skinny. The home above even has French doors on either side. 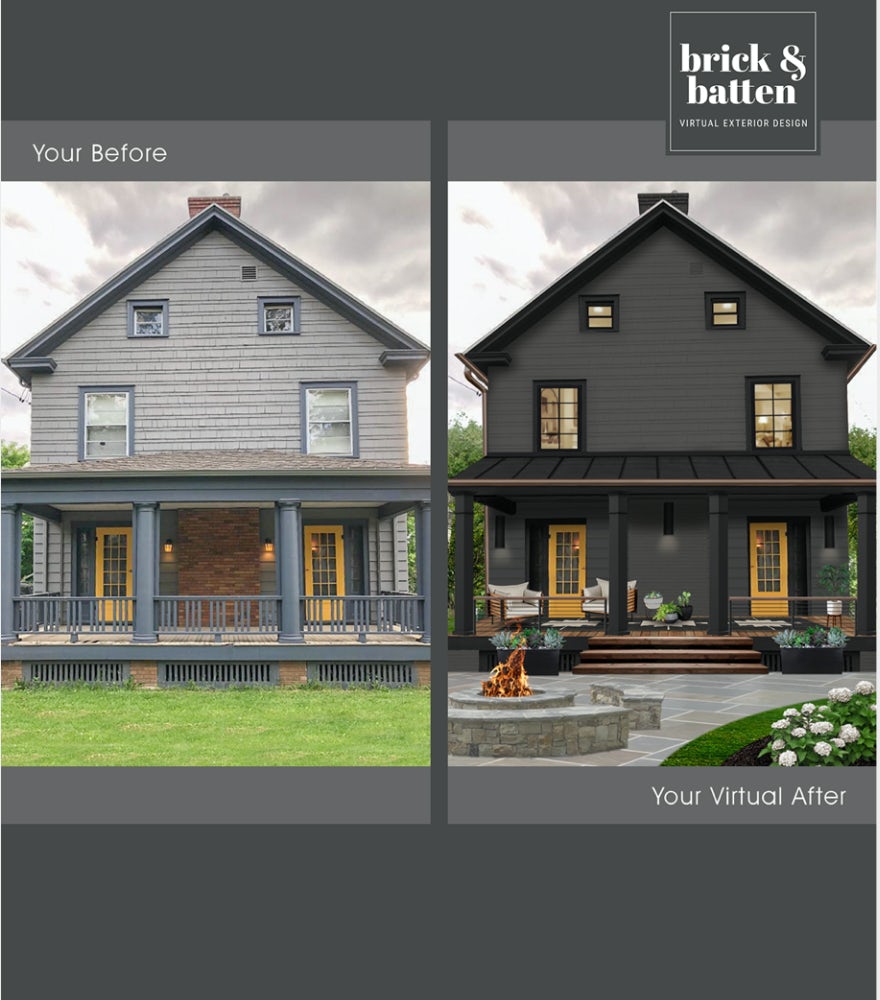 Wood and Brick Are The Most Common Building Materials

Historic colonial homes, especially colonial farmhouses, are usually built from easy-to-source materials like brick and wood. While wood siding is a timeless building material, some historic homes with wood siding might need new siding altogether. However, you can still select a replacement siding that matches the home’s style while adding a modern twist, like in the example above.

Thanks to their simplistic structure, these box-shaped homes are very easy to add on to. Most colonial homeowners choose to build additions on either side of the front, which prevents stealing space from the backyard and further compliments the symmetry. When building an add-on to a historic brick colonial home, you might find it hard to color match brick. If this is the case, you may consider painting your brick.

One perk of owning a colonial home is that they are so versatile. They make great canvases for add-ons, and they can also look great with a modern flair. An exterior home design can help you reimagine your colonial home’s potential. Order a design online by brick&batten to get started on your curb appeal project today!