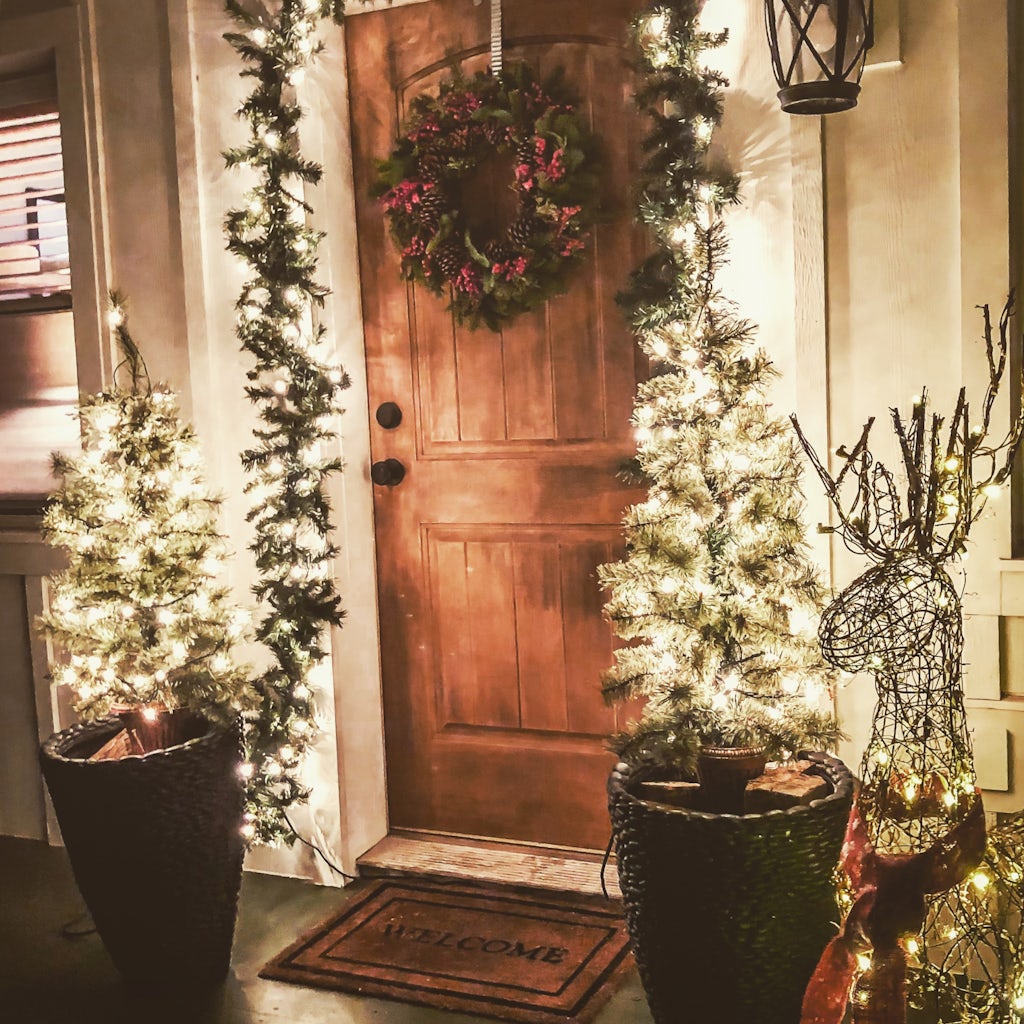 Growing up, my mom hung what we thought was mistletoe from the chandelier in the foyer.  It was a 70’s style house with the sunken living room, a huge stone fireplace on the east wall, topped with real wood beams across the lifted ceiling.  The kitchen was the span of the house with an office and greenhouse at one end.  The dining room opened to a beautiful patio with surround sound, built in cooking area, and brick fireplace.  Looking back on it, the house sounds beautiful, however, there was the typical 70’s decor as well.  Green shag carpet with a brown corduroy couch adorned the living room.  Gold fuzzy wallpaper with a weird picture of a knight in the dining room.  The foyer was large with small, black, marble tile and a low hanging chandelier overhead.

The holidays were a big deal at our house.  Mom and Dad left no stone unturned and decorated inside and out to the nines.  However, they made one big mistake!  Every year they hung this fake green and red ball from the entry chandelier.  They said it was mistletoe…and we believed them!  It wasn’t until recently that I learned mistletoe berries are WHITE and not red.  What my mom was hanging was definitely not white!  However, looking back on it, I think my mother was hanging holly, which, after a little investigation, I learned many people confuse the two.

Now, as an adult, I’ve thought of hanging mistletoe in my foyer or on my front porch.  That’s what led to my quest to find out more about this special plant.

Mistletoe is known to be toxic to people, however, the berries and leaves provide high protein for many animals.  Mistletoe is also known to help cure colon cancer, so in some cases the toxicity is better than chemotherapy.

Traditional ancient Greek myths began the custom of kissing under the mistletoe.  Because the plant stays green all year, it is also associated with fertility and used at wedding ceremonies.

Victorian England seems to have adopted this tradition, too. For example, if a girl refused a kiss whilst standing under mistletoe, it was said that she wouldn’t receive any marriage proposals during the following year. Worse, it seems that many people would avoid her since they believed she would probably end up an old maid — as if this was such a bad thing!

If you follow the mistletoe tradition, be sure you’re hanging the correct plant… and not holly!  Also be sure to follow the proper etiquette: first, the person will be kissed on the cheek and second, one berry will be removed from the mistletoe sprig. After all the berries are gone, the kissing ends, too. 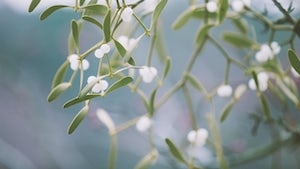 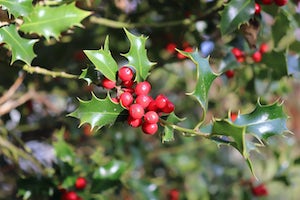 In conclusion, mistletoe adds an exciting surprise to your front porch decor.  Whether you follow the kissing tradition or not, mistletoe is a beautiful way to add style, build tradition, and welcome your guests.

Read more about holly and mistletoe.