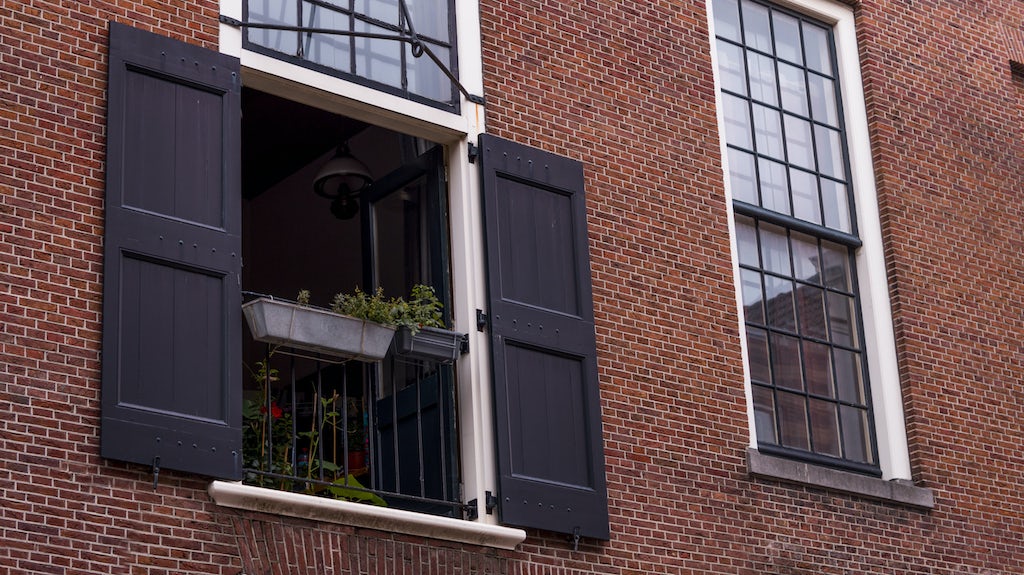 Recently, a friend of mine asked me about shutters on her 1950s ranch (great location with a lot of renovation going on).  The house has two large windows to the left of the front door and two separate single windows to the right of the door.  Clearly, the shutters were fake and she was looking to replace with new, properly hung shutters.  However, the larger window would require very large, wide shutters to be appropriate and real.  Consequently, eliminating shutters on the left may make the house feel out of balance in some way (her concern).

This design dilemma is something brick&batten sees quite frequently.  The war over the window shutter!  As a purist, I don’t like the look of fake shutters.  I crave the authenticity of angled, real shutters that create shadows on the house.  Shutters that have hardware that works…even if I never choose to use it.  However, I see her point.  Removing one side of shutters may create the illusion of imbalance.  In any event, imbalance can be remedied, fake shutters cannot.

Why Not Fake Shutters?

When I’m driving around, I see countless examples of shutters that couldn’t possibly cover the window.  Shutters that are attached flatly against the wall next to the window…sometimes even with a large gap between the window frame and the shutter.  Subsequently, the eye knows something is wrong.  Architecturally, the shutter is destroying curb appeal.  Leave those fake shutters on aisle on 9 and let’s focus on doing it right…or not doing it at all. Why?

Shutters Don’t Belong On Every Window Or Every House

In fact, in my business, we spend a lot of time taking shutters off when not appropriate and leaving them off.  Especially when the homeowner does not intend to stay long enough to recoup the expense of adding real shutters. Reasons we would take shutters off?

Back to our dilemma, I would opt to leave the shutters off the larger window.  Next, I would consider these options…