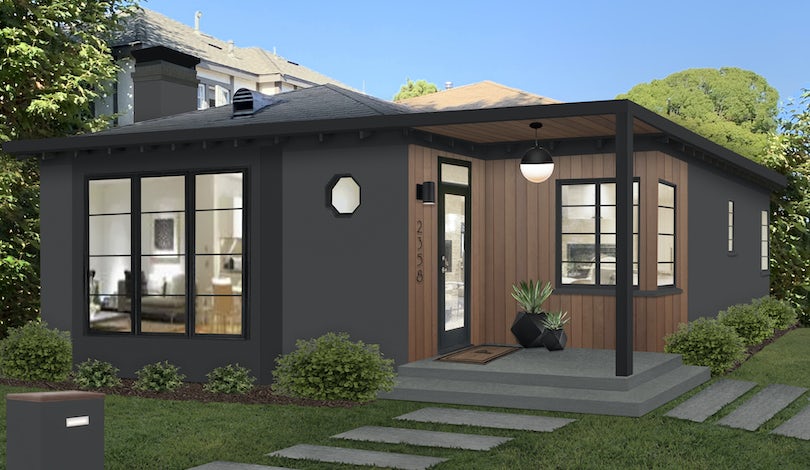 Is Mid-Century Modern homes are still on trend for 2020? The short answer is YES! Mid-Century architecture isn’t a trend, they are here to stay.

What to Know About Mid-Century Modern Architecture

Also known as Mid Mod or MCM, this architecture is one that evokes a feeling of openness, simple lines, and one with nature.  Built from the 1940’s to 1960’s, mid-century modern homes are just as popular now as they were then. Standing the test of time, if you’re lucky enough to own a Mid-Century home, it’s time to do it up and really capture the feeling of the architecture!

Don’t assume that all modern homes fit into one box.  Mid-Century Modern architecture focuses on form and function. With lots of glass and natural elements, it’s truly bringing nature inside, encouraging indoor-outdoor spaces. These homes offer a larger sprawling floor plan with the open concept rooms and living areas. Coming off the Colonial Revival Movement, where homes were more compartmentalized, open concept was a nice change.

How is Mid-Century Modern Different From Contemporary?

Contemporary also has clean lines and large windows; however contemporary means here and now or in the future. Contemporary designs are evolving from one time period to another. Usually a contemporary home has a neutral color palette and also focuses on minimalism in design. You may see materials like chrome, nickel, and steel combined with natural materials.

Mid-Century Modern, on the other hand, refers to a specific time period from the 1940’s to 1960’s and even edging into the 70’s. The architecture uses earthy paint colors and natural materials like wood, leather, and stone to bring the home to life. The streamlined silhouette and windows add to the simplistic look.

What Architectural Elements are Popular on Mid-Century Homes?

Open concept rooms have multiple views of your outdoor space. Mid-Century homes use rocks and trees as a beautiful backdrop. Some have a more simplistic landscape and are built into a hill, making the roofline appear even lower.

In a mid-century modern home, the roof is key. The geometric lines of the house and roof appear flat or low slung. There may be a slight angle sometimes held up with slim columns but generally the roof is fairly flat.

Open expansive windows are a staple in a mid-century home. Wanting to bring the outside- in, large windows, sliding doors, and minimal trim pieces to hold them in place is a great way to make this happen.

Many mid-century homes have a boxy appearance to allow for more usable living space. You don’t see bay windows or any kind of bump out on a mid-century home. From what I’ve learned, after WWII ended, soldiers came home and needed a place to live. These homes were relatively easy and quick to build.

Rafters are the heavy wood pieces that frame your roof. The roof is designed to hide the rafters; however, on mid-century homes many times the bottom of the rafter is made to extend past the walls, like a “tail.” This leaves them exposed as a unique decorative piece.

One Complaint of a Mid-Century Modern Homeowner

The biggest enemy of a modern house is maintenance.  Wood expands and contracts, which needs to be maintained, stained, and oiled. The flat rooflines may cause leaking inside because the drainage isn’t as good as a steep pitched roof. That said, roofs need to be free of leaves and debris before finding a permanent home on your structure.

There are mid-century gems all over. If you’re lucky enough to find one, hold on to it and create a place to call home! Whether you’re in a glass boxy design or a post and beam stunner, the mid-century style isn’t going anywhere.

Overall, at brick&batten we absolutely love mid-century architecture type…. Is it a trend? No way! Mid-Century is what is. Forget the trend, that’s always in style.